In a structural disorder, the affected part not only doesn’t work right, it also looks abnormal. Colon polyps and hemorrhoids are two common examples of structural digestive disorders.

GERD, which stands for gastroesophageal reflux disease, is a condition in which stomach acids often flow back up into the esophagus. While most people experience acid reflux from time to time, a patient is diagnosed with GERD if they have mild acid reflux at least twice a week or moderate to severe acid reflux at least once a week.

Symptoms of GERD can include the following:

Some patients may have more symptoms at night that can include laryngitis, chronic cough, asthma, and trouble sleeping. A patient should contact their doctor if they take anti-heartburn medication three or more times a week.

Treatment for GERD will depend on its severity. In most cases, the doctor will recommend over-the-counter medication or lifestyle changes like losing weight or quitting smoking.

What Is Colorectal Cancer?

Colorectal cancer is a cancer that originates in either the colon, which is also known as the large intestine, or the rectum. It is most common in people over 50, and a susceptibility to colorectal cancer can run in families.

Colorectal cancer is insidious, for it often produces no symptoms during its early stages – when it is most easily treated. Similarly, some of the symptoms associated with colorectal cancer, such as diarrhea or flatulence, often seem benign.

During the later stages of the cancer, the patient may develop symptoms like vomiting, extreme weakness, extreme fatigue, unexplained weight loss, changes in their stools that last for over a month, and a sensation that their bowels aren’t completely empty.

Colorectal cancer usually starts after the patient develops abnormal growths called polyps in their colon. While initially benign, the polyps can turn cancerous.

To learn more about common digestive disorders or to be screened for colon cancer, consider visiting Batash Medical in Rego Park, NY. Contact us today to schedule your consultation! 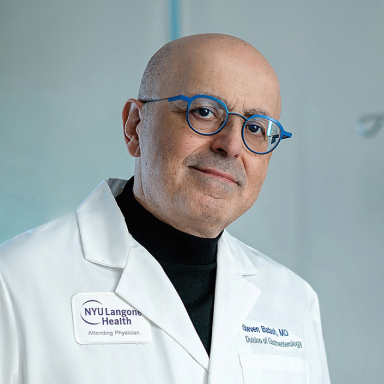 Dr. Steven Batash created the Batash Endoscopic Weight Loss Center to provide long-term weight loss solutions for those with a BMI of 25 or higher. Dr. Steven Batash, world-class expertise at an accessible price. Whether you want to lose 10 pounds or 100, the Batash Endoscopic Weight Loss Center has a custom weight loss solution for you.